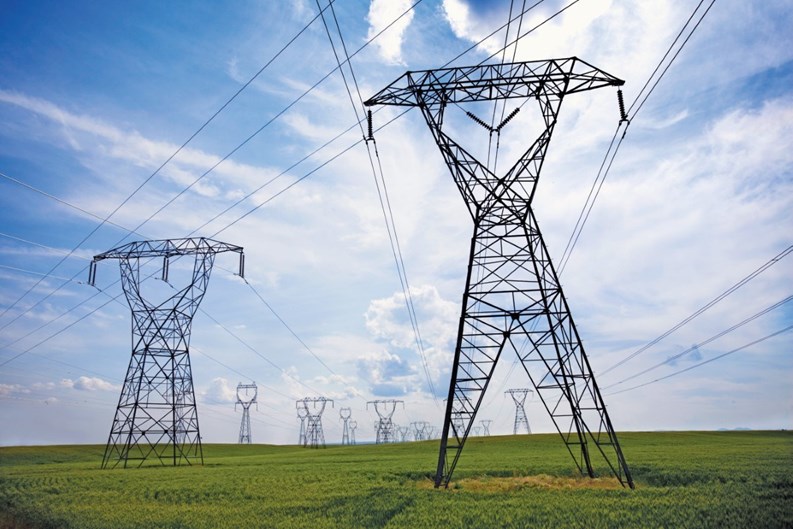 Public utility companies like NSTAR and National Grid are going the way of Bell Telephone, which for over a century was simply “the phone company,” the sole provider of telephone communications delivered over its vast infrastructure. Now, of course, we buy our service from any of a number of telephone providers which use the lines Ma Bell laid.

So far, for the most part, ESCO customers have been predominantly large commercial businesses. On the residential end, the ESCOs have not been eager to deal with any less than the largest condominiums projects. Of the 52 registered ESCOs in Massachusetts, for example, only six consider supplying residential clients. But there are signs of change and opportunities opening in some markets for condominiums of any size to buy energy at a competitive price from an ESCO.

The most common way for an average size property to obtain a favorable rate from a supplier is to team up with several other buildings to buy energy in bulk. (More on that later.) But thereare some enterprising entrepreneurs who are targeting the small residential niche, buying energy on auction from the utilities to serve their customer base. Easy Energy, based in Bolton, Massachusetts, for example, is one of a small handful of ESCOs that serve any size residential customer, from single family homes to community associations, and small businesses.

Weighing the Benefits of Switching

The first benefit of switching to a third party energy supplier, naturally, is the potential cost savings. Jim Collins, executive vice president of The Niles Company, Inc., AMO, one of the largest property management companies in New England, said, “We have a couple of high-rise luxury condos in Boston where we were able to achieve savings in the range of 10% over staying with the utility, which is a good savings considering these buildings have pretty big electric bills.”

According to Margaret Campbell, co-founder of Easy Energy of Massa-chusetts, LLC, “We have one condo, The Essex Condominiums in Salem, Massachusetts, that saved about 5% on average over a three-month period, from March through May. If the savingsrate continues at 5% it is likely that this condo association will save over $1,000 for the year.”

Bill Riordan, vice president of Taylor Consulting and Contracting, a nationalenergy broker that connects condominiums and other users to ESCOs, said, “one of our accounts, a 220-unit high-rise luxury condo in Boston, was able to reduce gas costs by more than $25,000 this past winter,” by using an ESCO.

Calculating the price differential between the ESCO and the public utility is not as easy as one might think. For one thing, prices rise and fall constantly. On electricity, while the fluctuations are large on a daily basis, they are relatively steady month to month. But prices on gas are so volatile that some users buy electricity from an ESCO but stay with the public utility for their gas.

“We’ve been reluctant to get into gas deals because the prices have been all over the place in the past couple of years,” said Collins. “It’s much harder to get a good idea of when you have a good deal on gas and when you don’t.”

To complicate comparison shopping further, each utility fixes their rates for different periods of time, according to the rules laid down by the Public Utility Commission in the state in which it operates. Massachusetts utilitiesoffer short-term fixed or monthly rate plans for electricity and two pricing periods for gas: “peak,” which is November through April, and “off-peak,” which runs from May through October.

“The rates are tied to usage,” said Riordan. “You could have a condominium in Boston with the main meter on a three-month pricing schedule, which covers elevators, common areas, HVAC – and then have some other meters, maybe a meter just tied to outdoor lighting, or perhaps an office on the first floor –that might be on six-month rates. So even within the same condo association you can have different prices for electricity, depending on the rate class they’re on.”

The pricing programs for the publicutilities do not vary much from state to state, except for Vermont, which still has a closed system and does not offer the third-party option.

The states that do have ESCOs require public utilities to list them on their websites, usually under “competitive suppliers.” Condominiums can contact the ones indicating that they handle residential, get an estimateof their rates and pricing programs and compare them with the bills the condo has received over the past year from the utility.

A feature almost all ESCOs offer that appeals to some condo boards and unit owners are fixed-price programs that extend much longer than the utilities offer. Typically, the longest fixed period a utility will offer is six months.

“Budget certainty is critical for a lot of condominiums,” noted Riordan. “They have fixed condo fees and the last thing they want is to get a surprise on utility bills – to find utility prices have gone up dramatically, perhaps requiring a special assessment.” Fixed-rate contracts with ESCOs are commonly available for six months, one year, two years and as long as five years.

Not everyone is a fan of the fixed-rate contract. “We serve only variable-rate,” said Campbell. Fixed rate is great, she acknowledged, “if you lock into a low rate and prices skyrocket. But no one has that crystal ball.”

One and two years ago, “for example,” said Campbell, “the standard utility rate was 12½ cents [per kilowatt hour] with NSTAR and National Grid. We were at about 11½ cents –a penny less. Then we went down to 11 cents, then 9.7 cents, and then 8.6 cents.”

Riordan agrees it is never a good idea to attempt to time the market, recommending fixed-rate contracts be used to provide financial stability, never to speculate on energy futures.

A former LEED-certified energy auditor, Campbell explained an additional dimension of the variable rate program: “It allows the customer to bea little more in tune with the market. Theoretically this whole smart-grid business is to try to get customers to respond to market signals, to use less energy when energy costs more. Variable gets someone a step closer to that kind of operation.” In the end, she added, “the variable rate is on average going to be less expensive.”

For now, any part of the power you buy that comes from sustainable sources like wind or solar costs more. “The higher the percentage, the more the rate,” said Riordin. “Most people out there today are looking for 10% or 20%. That’s going to cost you maybe two or three percent more.”

Should You Use a Broker?

Beyond finding the best deal on the market, a good broker can offer a greatnumber of value-added services for free. They do the paperwork, analyze the market, recommend energy efficiency upgrades and improvements that conserve energy and perhaps qualify for energy-efficiency credits and help with utility rebate programs.

Also, brokers are the only source for bulk deals. Some combine as many as 30 or 40 properties – thousands of units – to negotiate savings impossible for a single building to secure. Typically, “It’s really just an ad hoc situation,” said Collins. The broker offers to put a building on particular list, and then searches the auctions for low prices for that particular combination of condominiums. “If we can’t get a price lower than a certain amount, if the price comes in higher, we can opt out,” he added.

“When selecting a broker,” advised Riordan, “you want to make sure the broker you’re using has the ability to price with many suppliers, that they’re working in your best interest.” Also, he added, “be sure to work with a broker who takes a set fee for his or herservices. That way you can confirm how they will compensated.”

Finding a supplier on your own could be the most cost-effective solution. From the perspective of the supplier, putsimply, “It costs us to have a broker represent us,” said Campbell. “That would cause us to raise our price and we’ve tried to keep our prices low for customers.”

Transferring to an ESCO

The transition to an independent supplier from a public utility is virtually seamless, hardly noticeable. The utility remains the owner and operator of all power lines and equipment –everything up to and including the meters on the building.

There are two components of the monthly energy bill. The charge for the equipment that delivers the energy, which stays steady, goes to the utility. The energy cost, the supply of electricity or gas, either stays the same, in the case of a fixed-price program, or varies month-to-month. Usually, there is just one bill, which comes from the utility. Once the utility receives the payment, it pays the supplier. Sometimes the supplier invoices separately, but receiving two bills is as complicated as it ever gets.

Usually there is no switchover fee and no termination fee. The user can return to the utility at the end of the monthly billing cycle in variable, month-to-month programs without any penalty or at the end of a contract in fixed-price programs.

The equipment charge includes all aspects of the delivery of the power. The utility responds to any emergency because it’s all their hardware. You still call the local utility if there is a power outage, or if you smell gas. And there is no discrepancy in the quality of service between utilities and ESCOs.

“The utilities really don’t have any way to distinguish one customer from another,” said Riordan. “It’s the same thing with the power outage: either the power comes on to the whole street or it is off.”

“Of course people will get the same level of service,” he added. Quite simply, “the utility gets paid when energy flows through the meter. So when that delivery is shut down, they don’t get paid. They want that energy turned on right away.”

Steven Cutler is a freelance writer and a frequent contributor to New England Condominium magazine.