Do not show again [X]
By Yvonnne Zipp   2009 August Insurance 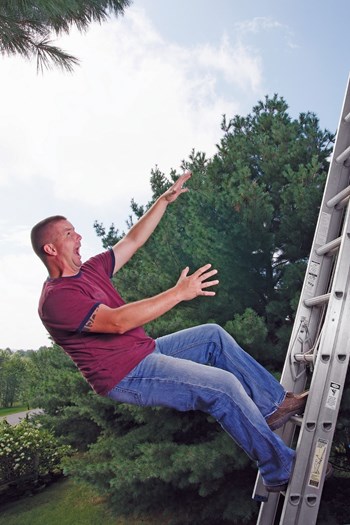 The roof of your condominium survived relatively unscathed through yet another  New England winter (OK, there was that one leak), but the condominium board has  unanimously agreed that it's time to reshingle.

You’ve taken bids and checked references, and have settled on a reputable contractor  for the right price. But before any hammers or nails arrive at the site (and  especially before anyone gets up on the roof), there's an important piece of  paper that needs to be tracked down: the certificate of insurance.

Certainly, condominium associations carry their own general liability coverage to protect against accident ordamage. But it is vital to make certain that anyone coming to do work on the  property is properly insured.

There are three types of insurance that property managers and association boards should be looking for on that certificate: general liability, worker's compensation, and, one that frequently gets overlooked, automobile insurance. (Let’s say a contractor is driving his truck onto the site on an icy day, skids, and slams into a building. Finding out that his auto insurance has lapsed  after the fact is not anyone's idea of a pleasant surprise.)

The first rule of any job: Get it in writing. “I don't care if it's the simplest, smallest job; there ought to be a clear written contract that lays out the responsibilities of the contractor. There are those condominiums where the contractor comes in with a purchase order, and  right away there is no level of responsibility. That's a bad mistake,” says Bernard Gitlin, president of Global Insurance Network Inc. in Needham,  Massachusetts.

But, warns Gitlin, property managers want to avoid dictating construction techniques and procedures to the  contractor (setting a time frame is OK). Those instructions can result in the contractor being declared an employee of the association, he notes. It is  also “essential,” Gitlin says, that the contractor names the association as an additional insured under his policy.

Unfortunately, job accidents do happen and, at least in Massachusetts, the  property owner can be held responsible, even if the contractor is 100 percent  at fault. “An Owners and Contractors Protective (OCP) Liability Coverage policy provides coverage for a named insured's vicarious liability.  Specifically it protects an insured who is sued because of actions that anotherparty performs on behalf (or at the request of) that insured,” explains Loretta Worters, vice president of the Insurance Information Institute  in New York. “With an OCP policy, an insured is protected for harm or damage created by work that an independent contractor does for the insured. It also covers liability related to  the insured's responsibility of supervising such contractors.”

No one tracks the numbers of such liability cases, according to Worters, whose institute is the premier source for U.S. insurance statistics. But anecdotal evidence alone should be enough to send property managers and association boards combing through their insurancedocuments with a magnifying glass.

Take the case of O'Brien vs. Christensen (662 N.E.2d 205, 208-09, Mass. 1996). A  contractor was hired to repair the railings of the common-area porches of a  condominium. (Among other things, he didn't use enough nails.) One night at a  party, two people leaned against a railing on the third floor. It gave way, and  they fell two stories onto a deck.

Despite the fact that the railings were not repaired in accordance with the state building code, the Massachusetts court found the owner of the buildingliable for the negligence of the contractor and awarded $500,000 to the more  seriously injured of the men. “The reason for that is that an owner of property is required to rehabilitate it,  if you will, with due care and with regard to the safety of others, and he  cannot escape that liability simply by hiring someone else,” ruled Judge Gordon L. Doerfer.

Associations can also be held responsiblefor damages a worker does if he or she needs to enter a private unit to fix a  common-area problem, such as a leaky pipe that's common to several units, for  example. If the plumber breaks something – and doesn't have liability insurance – the unit owner’s insurance isn't going to pay for the damage. The association is.

In addition to their own general liability coverage, experts say it is also advisable for all condominium associations, even if they have no employees, to carry a small amount of worker’s compensation coverage – that will take effect in the event that a presumed independent contractor is ruled to be an employee by a court. “It's very inexpensive coverage of just a few hundred dollars,” says attorney Henry Goodman, Esq., of Goodman, Shapiro and Lombardi, LLC, in Dedham, Massachusetts, and Providence, RhodeIsland. “That small expense is worth its weight in gold in the event that a claim is ever  made.”

Massachusetts laws governing worker’s compensation were changed in the lastyear to make it even more important to have such coverage. “It used to be responsibility of the person who got hurt to show that under the  law he was an employee,” says Gitlin. “Now, the association has to prove that contractor wasn't an employee.”

In Massachusetts, it is public policy to find that, when someone performs work for someone else, that the worker be deemed an employee – even if the parties enter into a contract where the worker is called an independent contractor. Waivers of subrogation or hold  harmless clauses, which property managers or associations sometimes ask contractors to sign, can't void public policy. “You can't waive your right to worker’s compensation,” says Goodman. If the contractor doesn't have his own worker’s compensation, “the court will rush to the conclusion that the worker is an employee.” At that point, he says, “The question is not who is responsible, the question is how muchthe employer is going to have to pay. And that is the only question.”

As a result, Gitlin advises that property managers and associations should absolutely insist that contractors have worker’s compensation, even if they are hiring a one-man operation. “[The contractor] can buy a minimum premium policy for a very small amountof money. You never know when he's going to need a helper that day – so he calls up his brother-in-law. Now the brother-in-law gets hurt – who’s responsible?”

In these tight times, more condominiums are looking for ways to keep costs down – such as having unit owners perform work pro bono. Goodman’s advice is simple: Don't. “It is not a great idea,” agrees Gitlin. “If the unit owner gets hurt, the [association’s] insurance won't cover it.” Let's say a unit owner offers to paint the shed, and the association provides the ladder. If the ladder breaks, and the person falls and gets hurt, he or she could sue the association.

That said, “these are difficult times, and condominiums are fighting to keep fees down, so  lots of them are doing it... But I wouldn't want [a unit owner] building a  building for me. I wouldn't want them repairing the roof,” says Gitlin.

The only exception to unit owners working, says Gitlin, is a community-wide  clean-up day. “They get everybody out there, get some hamburgers and hot dogs, and clean up the  site. They save the $1,000 it would have cost the gardener to do it.”

Sometimes, though, even careful property managers can get caught by surprise.  One of Gitlin's clients hired a contractor to put a new tar-and-gravel roof on  a building. The certificate of insurance was applied for, and everything seemed  just fine. However, while he was applying the tar, the building caught fire,  and the contractor’s insurance refused to pay for the damages. The reason: “He had gotten coverage as a janitor, and janitors don’t replace roofs,” says Gitlin. “That’s a tough one. It's easy to say, ‘you shouldhave checked...’ Unfortunately, sometimes these things happen.”

One final step, which he says few people take, would be to call the insurance  company listed on the certificate and double check that the coverage listed is in fact up to date.  Gitlin’s own insurance company recently got such a call. It turned out that a plumber who had let his worker’s compensation insurance lapse and had typed in the number of his former policy on the certificate. (Fortunately, he used a typewriter, and the difference was fairly easy for the general contractor to spot.) “The goodnews was he got caught, and nobody got hurt,” says Gitlin. “The bottom line is you've got to do business with good, respectable contractors.”

When in doubt, call in the experts. The question of contractor liability is a  large one. “The caveats are bigger than the explanation,” says Etti Baronoff, professor of insurance and finance at Virginia Commonwealth  University. “Check with your attorneys and brokers before you sign anything.”

“The best advice to any condo association is to contact an insurance broker who is known to be familiar with  condominium documents and insurance requirements,” says Goodman. “It is not every broker whohas this type of knowledge. I've seen situations where brokers have sold  business policies to condo associations that are totally inappropriate.”

After all, he adds, “You don't go to the best proctologist in the world for brain surgery.”

Yvonne Zipp is a freelance writer and a regular contributor to New England  Condominium magazine. 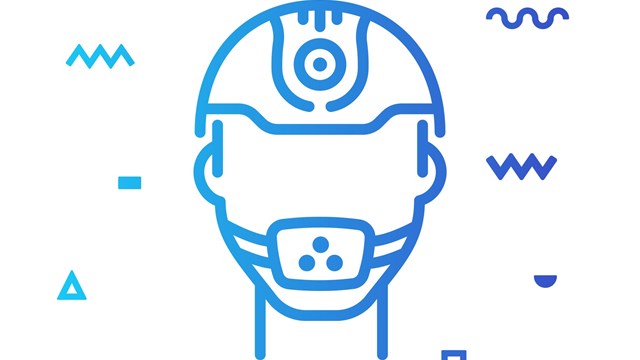