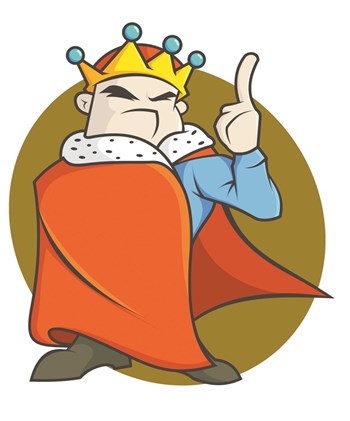 Everybody sometimes disagrees with the decisions of the condo or HOA board.  Maybe the choice to rearrange the garbage receptacles out front seems  ridiculous, or the ongoing clattering of machinery on the roof is driving the  top-floor residents nuts, and the board seems determined to let it fix itself.  These are the kinds of inevitable complaints that every board has to deal with  sooner or later, and most manage to handle such issues with prudence and  aplomb.

But what if the board does things that seem to be beyond the pale—perhaps even illegal? Where do boards’ powers end? While the board is the governing body of the association, there are certain boundaries and limitations that they should operate within.

There are numerous examples across the country of alleged HOA abuse of power  from preventing owners to put up political signs or flags or changing the color  of their paint trim or window shades. Pets are also a sticking point as this  California woman found out: Pamela McMahan didn’t expect her cocker spaniel Ginger to become a problem at a historic condominium  building in Long Beach. But she was fined $25 each time she walked her dog  through the lobby because HOA rules required all dogs had to be carried.  McMahan, an elderly woman who walks with a cane, said she couldn’t carry the dog. She racked up $1,600 in fines and has since moved from the  building.

When the Connecticut Condo Owners Coalition conducted a survey of owners, asking  about concerns or issues they have with their boards, more than 80 percent  complained that their directors “treat owners unfairly and unequally.” Other frequent complaints centered on the conduct of board meetings and board  actions to keep owners from seeing or obtaining association documents. The  overall results of the survey indicated that owners feel that their association  boards tend to overstep their bounds, sometimes to the point of tyranny.

How are a board’s powers spelled out? How do boards know what they can and can’t do under the law? In New England, each state has its specific laws. Take, for  example, Massachusetts. “The basic information comes from the Massachusetts statute—although the statute is an enabling statute, meaning that for the most part, it  introduces topics and provides condo associations with broad authority, the  expectation being that the details get filled in by the association’s condominium documents,” explains attorney Gary Daddario of Perkins & Anctil in Westford, Massachusetts. Each association’s documents provide “more specific explanations and limitations of [statute] powers for the boards,  specifically the declaration of trust,” he adds.

Section 11 of the Massachusetts General Law Chapter 183A details the five things that condo boards  must do with their by-laws: maintain, repair and replace common areas and  facilities, collect the fees for common expenses, hire personnel, establish a method of adopting and of amending the administrative rules and regulations, and  establish restrictions and requirements respecting the use and maintenance of  the units and the use of common areas and facilities, says attorney Mark Rosen  of Goodman, Shapiro & Lombardi in Dedham, Massachusetts.

No matter what New England state, boards and residents should look to any  applicable state statute as well as their bylaws to determine specific duties  and powers.

Security is a top priority for associations. Many associations choose to install  security cameras, have doormen or guards and may require guest sign-in. These  measures are meant to protect residents and the property. For the most part,  the board has the ability to install security measures without a vote from the  ownership, as it is their fiduciary duty to protect the community, says  attorney Daniel Polvere of MPD Law, LLC, in Charlestown, Massachusetts. In  certain instances, the by-laws may require a vote of membership if the project  exceeds a certain monetary amount, but generally, the board can implement  whatever measures it sees fit, he says.

Daddario adds that in some instances, one can make the argument that security  measures are considered an improvement, especially if they did not exist in the  past. “Even if it is in a common area, now you would at least need the vote of the  community relative to an improvement. It is a bit of a gray area and different  associations do it differently,” he says.

“The board can do certain things to ensure security such as cameras, guards, log  books, etc, provided it does not violate any unit owner’s privacy rights. You can’t train a camera on a window of a particular unit owner or the front step of a  particular unit,” Rosen cautions. Depending on the layout of the property, this may be easier or  harder to achieve. In a multi-unit building, cameras can exist in entrances in  hallways, lobbies and other common rooms but in town homes and HOAs, where each  unit has its own entrance, boards would not be able to train cameras on  particular entrances, he says.

Additionally, the security measures appropriate in a 500-unit condominium in a  building with many entrances/exits that includes retail space would certainly  not be appropriate in a six-unit condominium. For example, a large high-rise  would have more stringent measures such as a 24/7 door person, electronic  controls on all doors leading into the core of the building that require an  electronic key card, security cameras at all building entrances and exits,  procedures requiring residents to come to the lobby to accept deliveries of  food and similar items and procedures requiring telephonic resident  authorization before a visitor is allowed to pass through the door leading to  the core of the building. On the other hand, a smaller community might just  have locks or maybe a buzzer system.

Situations may arise in which the management or service provider may need access  to a resident’s unit to fix a leak or check on an electrical problem. In what situations does  the owner have a right to privacy and when can their unit be accessed?

“This balance gets spelled out association by association in the documents and  becomes a good example of how the state statute opens the door but the rest is  filled in by the association. For example, the Massachusetts state statute  provides that associations have a reasonable right of access and then the  question becomes, what does that mean in practice? In a lot of documents you  see an explanation of that—for instance, ‘the association has the right to inspect units to ensure that they are properly  maintained and that there are no issues that have an impact on the health and  safety of the community and the value of other units’,” says Daddario.

Polvere adds that many bylaws will provide the amount of notice that must be  given to residents, but often this is phrased as “reasonable notice.” In the event of an emergency such as water leaking into other units or damage  occurring from the unit to common areas, the board and management have the  right to enter immediately.

The association has on hand many resident records such as personal information,  financial statements, delinquencies, complaints, comments, just to name a few.  While certain members of the board and management are able to view this  information, not all third parties have access to it.

“We tend to advise clients to err on the side of caution and caution means  respecting privacy. If anyone really wanted to know the owner of the unit, that’s a public record, you need only check the registry of deeds. We try to  recommend that boards try not to get involved. Most of the information that  anyone might legitimately need is a public record. Information that we always  advise be kept confidential is financial information related to the unit owners’ accounts,” Daddario says. “You give people the information they need to see the financial health of the  association without disclosing particular unit owner’s financial records.”

Rosen adds, “Personal information should be kept with the books and records of the  association and it should be kept in a place of safe-keeping that people just  can’t walk in and open up a file. It has to be under some sort of lock and key and  accessed only by the board.”

Daddario adds that in Massachusetts, the statute requires that the records be  kept in state, so associations that have documents kept in an out-of-state  filing room are technically in violation of the statute.

In Massachusetts, under Section 10 of Massachusetts General Law Chapter 183A,  which addresses condominiums, the owner has the right to see the books and  records of an association. Rosen cautions that boards have to be careful that  the personal information of other unit owners is not included with those items.

Condo and HOA boards are put into place to make sure the association runs  smoothly. While board members have the power to make decisions regarding many  association operations, they have to make sure not to overstep their boundaries  and intrude on the privacy or security of residents.

Maggie Puniewska is an editorial assistant and staff writer for New England  Condominium.