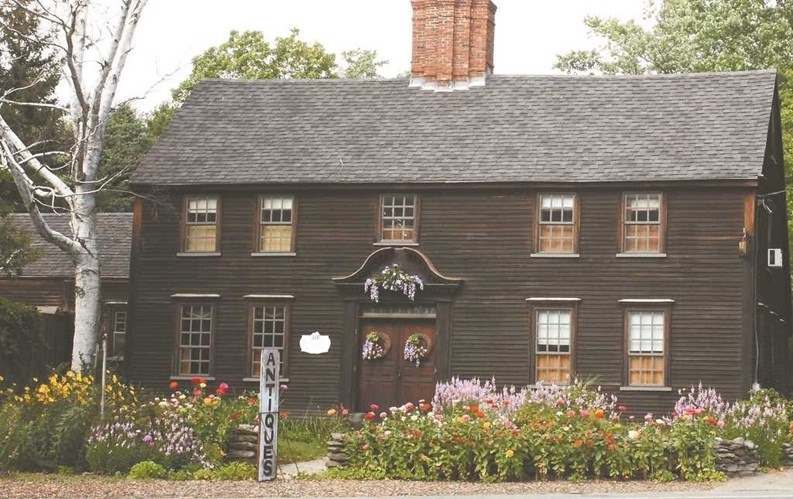 In some ways, Hamilton, Massachusetts, located in the area known as the “North Shore” (north of Boston), is the quintessential New England town. There are fields and woods and historic homes and easy access to the ocean. On the other hand, some of its very postcard qualities are what make it most distinct.

A Little Bit Rock and Roll

Many New England towns are named after places in England or after their founders or other townspeople of significance to them. Not so Hamilton. Formerly known as “the Hamlet,” this town’s leadership named their home after Alexander Hamilton simply because of his general significance in American history—not because he had anything specifically to do with the town. Also uniquely, in spite of the American Industrial Revolution’s having begun more or less “down the road” from Hamilton, the town itself has never had a manufacturing-industrial past, nor does it have such a present. It continues not to be zoned for manufacturing industry, so most residents either commute to nearby cities like Salem or Boston for work, or they work in the shops, eateries and small businesses which keep the town charming and economically viable. The town is rural and largely residential.

Hamiltonians do not mind describing their town as “primarily a suburban bedroom community.” They are proud of their notable equestrian estates. Most town sources like to point out that, while traversing the secondary roads in town, “you would likely share the road with horseback riders.” The Myopia Hunt Club (named cheerfully for its founders: four brothers with poor eyesight) is a private “fox hunting” (real foxes are not hunted) and polo club, which opens its Sunday afternoon polo matches to the public for a small fee. It also features a golf course with two of the United States’ top 100 signature holes, according to Golf Magazine.

The town’s citizens are also deservedly proud of their school system, which they share with the neighboring town of Wenham. All but one of the excellent district schools are located right in town. Hamilton-Wenham Regional High School ranks consistently in the top 10% for overall education in the state. There are approximately 2,030 students between the five schools in the district, and the schools insist on being discrimination-free. The town also boasts the private Pingree School and, for distinctive religious higher education, Gordon-Conwell Theological Seminary.

Happily, for a bedroom community where commuting is part of the rhythm of daily life, Hamilton is highly accessible. Route 128 is the closest highway, while Route 1A passes directly through the center of town and Route 22 makes an appearance as well. There is an MBTA station right in town on the Newbury branch of the Newbury/Rockport line from North Station in Boston. Naturally, being that close to Boston, Logan International Airport is also easy to reach.