Although rare, there are instances where a community association has to dismiss its manager — like a recent case in Florida where the manager admitted to writing himself checks from his condominium to the tune of over $40,000.

Condo board members cringe at such news, and may consider this the worst possible behavior from a manager. But is it? How bad should a manager’s performance get before the directors or trustees fire the person?While an employment contract with an association’s manager may dictate how termination is handled, what about a manager who’s working without a contract? [see sidebar, page 20.]

Most management experts stress that firing a manager, or a management company, is costly and counter-productive to the efficient flow of operations within a community. A better strategy, they agree, is to avoid the problems that—when they get so bad—make termination inevitable.

Pay Attention to ‘Scope of Work’

Marj Peterson is president of Creative Transitions & Consulting of California, and is a consultant to homeowner associations. “Never burn a bridge — there’s always two sides [to the story] when a manager fails. Nobody is guiltless in this process.”

“Too often, a board of directors think they stand alone [but],” she warns, word gets out. “There’s one association I know of that has changed [managers] seven times in the last five years… They don’t have a clue. No one[in the industry] is going to want to get anywhere near that community.”

How boards interact with their management may depend on a community’s size. Peterson describes how management may be structured accordingly. “In the very smallest associations, with a handful of units, you might see self-management by board members,” which probably includes every unit owner.

“Very large communities,” she adds, “with hundreds, or even thousands of units, typically have their own in-house team of managers.” In this situation, the board only deals with the top staff person, the director or CEO, who oversees, supervises, hires and fires the rest of the staff. In this typicalbusiness model, the association is set up much like a large corporation. For communities in between, management usually takes the form of either an on-site employee or an outside management company.

In the case of a management company with a contractual agreement, Peterson reports that problems arise when “people don’t understand the management agent and what they’re supposed to be doing for them. You have to look at the contract… See how to evaluate these services and how they’re being performed.”

This starts with a Request for Proposal followed by interviews with prospective management firms. “You need to look at your own scope of work,” states Peterson. After signing a contract, she adds, “There is a three- to six-month learning curve. If you think the management company is not doing the job that’s expected, you have to give them an opportunity” to meet the terms of the contract. “Transition is very expensive and time-consuming,” she notes.

For communities with their own on-site manager, “The kicker,” says Peterson, “is to treat that person as an employee. The board must be aware that HR [human resources] procedures must be followed, including evaluations[on job performance], handling grievances, knowledge of labor laws… that sort of thing.”

“I would recommend that condo boards lease their on-site manager,” shecontinues, “from a leasing company.” Just as payroll companies have taken over the paycheck duties for many businesses, leasing companies go a step further and handle all the employment details for their clients.

One phenomenon impacting management choices, Peterson points out, is aging communities. “When many communities were first constructed, they had brand new boards of directorscreated by the developer to be self-managed. Now, 30 years later, the properties are falling apart because board members [through the years] didn’t want to up the fees.” As board members realize the advantage of objective, professional management, they’re calling on management companies for the first time.

If this is an association’s first experience with a management company contract, Peterson warns, “They may not be aware of the services that they’re paying for — the scope of work.” If they don’t read through the contract, they might not understand the task at hand and the time allotted for it, and may have unrealistic expectations. If a task isn’t done immediately, board members may be disappointed with management’s performance. Such a conclusion may be premature. Instead of a rush to judgment, she says, “The board must establish an evaluation system for the management company’sservices.”

When a board becomes dissatisfied with the service as provided by their management firm or their in-house manager, changing firms and/or staff may seem like the easy solution; however, it’s an action that shouldn’t be taken lightly, reports Julie Adamen, principal of the community management consulting firm, Adamen, Inc. “Although a change in staff may be the prudent course for a board, sometimes it is not. And when it is not, that decision is often based on emotion or poor information — not sound businessjudgment.

“When association hiring decisions are not based on facts, those associations go through a revolving door of management staff, sometimes changing managers on a yearly basis — or less. Unfortunately for these communities, this is often not due to non-performance by staff, but by boards themselves — especially newly-elected boards — which lack understanding of the role of the manager, and/or the parameters of the management contract.

“When this happens, associations get bad reputations among managers, andmanagement companies… [and eventually] those managers or companies will not want to work for them.”

Adamen points out that competent manager longevity saves money. Besides having to cover the transitional periodwith extra fees and services from consultants, accountants or attorneys, Adamen notes, “Corporate memory, which a longer-term competent manager has established, is extremely valuable. These facts need to enter in to the financial equation as a board decides whether or not to change their administrative staff.”

Adamen explains how poor management and unknowledgeable boards cancause things to spiral out of control in a community.

“I know of one very high-end community that’s about 30 years old,” she relates. “They’ve run through [several] managers over the past 10 years, and are now in the position (again) of searching for a new general manager.

It would seem simple enough, until you realize that due to very poor decisions on the part of previous boards, administrative problems have compounded exponentially.”

Of course, the new management company is now in the position of searching for a general manager for this problem association. Adamen says, “As a result of that association’s poor decisions and management in thepast they have a very poor reputation among those local managers capable of administrating such a high end, amenity-laden project. Even at a high six-figure salary, they are having a very difficult time finding qualified candidates.”

Adamen continues, “Boards should always be aware that every time they change managers, it costs the association anywhere from six to12 months of that manager’s salary in lost productivity, board time, search time, lost corporate memory, etc. I know of associations that lose managers on a yearly basis, usually due to their internal politics or simply by hiring folks without the needed skill set for their community in an effort to save money. If ‘Turnover’ were a line item on the financials, boards would do everything in their power to minimize it by hiring and holding on to good managers or companies, paying them appropriately and not allowing internalboard or community politics to cost them thousands of ‘unseen’ dollars.

“Boards should make decisions in a businesslike manner. They should review the service they are getting for their money,” she adds. “They should consider what they are expecting from the manager and check to see if it’s [spelled out] within the contract. If anyboard has done their due diligence within those parameters and finds their staff and/or management firm coming up short – then it’s time to look towards a change.”

Referring to bad behavior by managers, Rolf Crocker, admits, “I’ve seen embezzlement.” Crocker is vice president at Associa, Inc., a nationwide association management company based in Dallas. He cites other examples of manager missteps: “One manager who was having personal work done on association funds... In another case, the manager was forging bank statements.” More typically, however, the problem is that “they’re just not demonstrating competence.”

Like other experts in the industry, he advises against management turnover. “At what point do you let [a manager] go?” he asks, “Maybe when it’s doing more harm than good by keeping them in the position.”

It may be time to cut ties, Crocker suggests, “when the manager is not working to his or her own skill set… If they’re not playing to their strengths, it’s doing them no good to stay in a position. You have to consider the morale of everyone [working] around them.”

In most employee embezzlement cases, he points out, “It’s a long-time employee who has built up a lot of trust... but suddenly has some need [for cash],” says Crocker. “Often, the person has experienced a life-changing event,” and stealing from his employerstarts to look like an easy solution to his problems—"it’s a way out.”

Other excuses for stealing are when an employee may feel vindictive, or believethat he is due his “piece of the pie.”

Whatever the reason, Crocker thinks these problems can be avoided, for onething, “By having proper controls in place to avoid embezzlement, such as maintaining segregated controls with check-writing procedures."

Just as important, he states, is that employers “have the guts to initiate conversations [with individuals]… even when people need help. Ideally, a management company owner should be having ongoing discussions with staff people, about problems and concerns. Look at their issues from several vantage points… otherwise stuff will accumulateand come to a head” with managers exhibiting bad behavior.

When all else fails and termination is the only answer, certain security measures should be taken. Crocker’s advice to boards is to “lock down their computers and close access to key systems, remove [the manager’s] permission to online accounts… and do all that before you fire them.”

If a board is dropping its management company, any contract between the parties will outline procedures for that, with a termination or “out” clause. These often allow 30 to 90 days to wrap up affairs and turn over the books. Crocker admits that if the termination is less than amicable, “the board may not know what to expect at the hand-off, but that’s a whole other [legal] issue.” 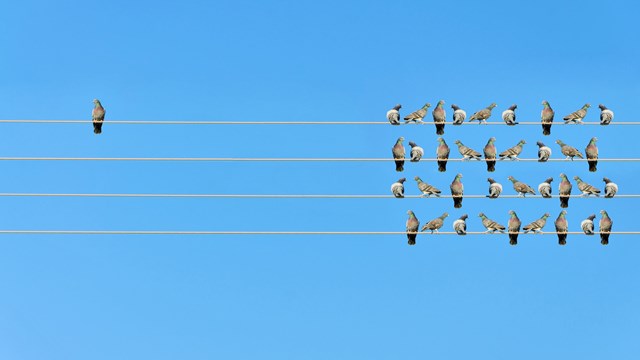