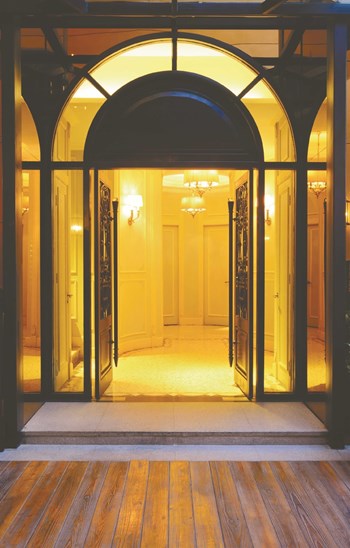 Call it the Ikea-fication of America. It seems that more and more people are  getting interested in design, especially when it comes to their own home. In  decades past, household furniture and decorations didn’t vary a whole lot. Growing up in the twentieth century, odds are your friends’ homes probably had a pretty similar couch and coffee table as your own. Thanks  to new technology and an explosion of interest in retro styles, that has  changed.

Let There Be Light

New construction methods for residential developments over the years have  ushered in a new level of diversity in housing stock. There’s the prewar single family home, the mid-century condo, and the newer  steel-and-concrete buildings. Tastes vary more than ever, and interior  designers are enjoying an array of projects. But design is not just furniture  and hanging art. A huge component to the feel of a home is the lighting, and  new technology on the market is changing the way our homes look and feel. The  changes are also economic. Emerging technology will influence maintenance  costs, energy bills and even how we interact with light on a daily basis.

The American market overwhelmingly depended on incandescent bulbs since  electricity entered residential homes in the 1910s. Incandescent bulbs use a  thin filament that heats up with an electrical current, and emits a very  pleasant, warm yellow light. Despite their warm glow, they are very  inefficient. Incandescent bulbs work at about five percent energy efficiency,  and they burn out quickly. A high-voltage [incandescent] bulb will draw 100  watts of power. The 100-watt lamp usually works for about 500 hours.

Before the advent of newer technologies, most consumers considered wattage to be  synonymous with brightness. A 60-watt bulb worked well for a reading lamp, and  a 100-watt bulb was typically used for overhead area lighting. But in fact,  wattage only signifies the amount of power being used to generate light. “I did my first recessed-LED lights about three years ago, and they were big  5-inch [bulbs]—it looked like an airport when I was finished—but that was all they had,” says Jeff Swanson, a principal at Renovation Planning in Boston. When growing  energy prices prompted more demand for efficiency, the easiest switch from  incandescent was halogen. For the most part, halogen lights maintain a similar  quality of warm light, and are considerably more efficient that than  incandescents.

From CFLs to LEDs

For years, the most reasonable alternative to the incandescent and halogen bulbs  was fluorescent light. Everyone knows fluorescent light from offices, malls,  and many other commercial spaces. “I just did a house Boston, and they had a cove with crazy fluorescent lights  from years ago, and we put in LED lights, with such a simple install. They plug  into each other, and you can go as far as you want to go. It was very easy to  do,” says Swanson.

The harsh lighting of fluorescent lights, especially years ago, is why they  never gained favor in residential homes, despite their much greater energy  efficiency. Today, compact fluorescent bulbs, which work in a typical  incandescent socket, are replacing incandescents on the residential market, due  to the demand for greater efficiency and new federal laws limiting the sale the  incandescent bulbs. “I have certainly used CFLs and fluorescents, but more clients bristle at the  idea. You try to convince them that it has come around so much further. You’re not dealing with the flicker when you turn them on. That’s a challenge, but we have to do them in certain areas by code,” says Swanson. “Typically, anything we’re going to do with that we’ll lean more toward LED. It does the same thing—you just get away from the whole fluorescent thing. There’s just a bad connotation for them.”

That LED technology stands for light-emitting diode. They’re used for TV and computer monitor displays, and now they’re increasingly being used as a household light source. Unlike its predecessors,  LED uses an electronic process to generate light. LEDs still give off heat,  just as computer processors do. But, they use far less energy. “We’re using a lot of LEDs because they’re more energy efficient, especially in recessed fixtures. If we’re doing a kitchen or bathroom, we use them for a lot of cabinet lighting as  well. There’s now more choice in the color of lighting it provides,” says Gia Milazzo-Smith, owner of the interior design firm Designs by Gia,  located in Princeton, Massachusetts.

One 35-watt halogen lamp will get 5,000 to 10,000 hours average use before it  burns out. “When you look at it over the long run, they cost almost nothing in the long  term, and you will pretty much never have to replace them. That bulb will last  10 or 20 years,” says Swanson.

At first the novelty of LEDs and their easy maintenance made them more popular  in outdoor situations, but the technology wasn't quite there yet for indoor  lighting, Swanson notes. The increased use of LEDs indoors also has to do with new  construction techniques. Newer condo buildings are built with steel support  structures, and then concrete is poured in for the ceilings and floors.  Concrete ceilings don't allow you to put in recessed lighting, and therefore  don’t allow for installers to wire an overhead fixture, so more new condo buildings  had LED fixtures than other residential types. “Every job is different, and every project provides challenges, and the more  readily available these fixtures are, and the more diversity that we have in  the types of lighting that we can choose from, the better job we can in being  able to customize the lighting plan to the space and the client,” says Milazzo-Smith.

Designers and architects are enjoying the options, but they should be aware of  the spate of new products. “The color quality was an issue and that’s relatively stable now—you don’t have to worry about that too much—but you have to be careful because there’s substandard products you might not be happy about. And there’s dimming issues; the dimming is not quite as good,” says Glen Heinmiller, a principal at Lam Partners in Cambridge, Massachusetts.  Dimmers in living spaces and perimeter lighting can feel quite different than  traditional overhead lights. They wash the walls, and the quality of light is  much more indirect in the middle of the room, where people spend most of their  time. Condo owners who opt for perimeter lighting also like the ability to  change the lights with different settings, depending on how the room is being  used at a given time.

LEDs are not just for the living room or kitchen. They’re also being used more and more in common areas. Even though the upfront cost  is more expensive than the alternatives, the nature of the technology offers  more cost-savings than just a lower energy bill. “They're going to be more expensive, even though they’re way down with rebates. I've seen them down under $10, and you might say ‘that’s a heck of a lot’ when an incandescent bulb will cost you 50 cents,” says Heinmiller. “But if you use it a lot, the payback can be very fast, especially in New  England,” due to state rebates and tax incentives. “If you're environmentally conscious, you’re using less energy,” says Heinmiller. That’s because LEDs tend to last between 25,000 and 50,000 hours on average, so they  rarely need to be changed. Fifty thousand hours would mean almost six years of  luminosity if it was never turned off.

Ambiance at a Reasonable Price

Still, the market prices for LEDs will only go down as they become more popular.  “The answers are changing every day. New technologies are coming out and filling  niches that weren’t filled with LED products. The efficiency is improving every day and the costs  are coming down. What I always tell people is the answer I’m giving today will be different in a few months from now,” says Heinmiller.

LEDs are changing everything when it comes to design, but form still follows  function in many ways. One way designers have adapted from the growing lack of  overhead lighting is with sconce lighting. “Everything is a little bit more contemporary now, so we’re looking at a lot of drum lighting, decorative fixtures being used with  furniture groupings or on the walls, in hallways, things like that. We do a lot  of lighting for artwork as well,” says Milazzo-Smith.

Fixtures and sconce lighting are also an important consideration in common areas  and lobbies, and with the huge spectrum of designs and styles, sometimes it’s a hard decision to make. Be open to the suggestions that the experts will give  you. Usually it’s just to try a couple fixtures before you buy them. Don’t just buy something off the Internet or what someone tells you looks nice. “Before you go changing out all the lighting in the corridors or your living  room, buy one first and try it out. Make sure you like how it dims, and you  like the color,” says Heinmiller.

In lobbies and some common areas, LEDs show their current limitations. LEDs  still do not show the same strength as the competitors at distances greater  than 12 or 15 feet, so lobbies with higher ceilings may not have LEDs lighting  them until that aspect of the technology improves, which might not take very  long, given that new products are coming out almost every month. Designers and  installers also have to be aware of safety concerns. “The important thing when I start with a lighting project, especially in a common  space, is to make sure the area is lit for safety first—make sure the walkways are lit—that kind of utility is what I think about first,” says Milazzo-Smith.

A Matter of Taste

Design and decoration can be a matter of personal taste. Now, more than ever,  tastes are diverse and many designers and lighting companies are aware of the  newer technologies. Advancements in light technology also will lead the way to  being more energy-efficient. Not only do LEDs lower your energy consumption,  they're also affording new ways to light your home. With the pace of innovation  getting faster and faster, it's hard to say what will be possible even five  years from now.