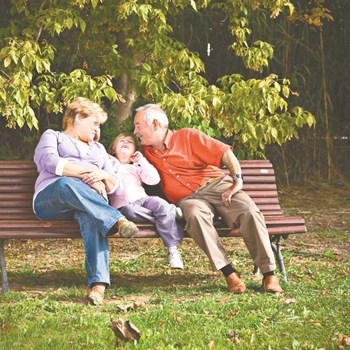 These days, the over 55-community is looking a little younger. Faced with a troubled real-estate market, developers around the U.S. are taking steps to reduce age limits to 45 or, in some cases, to lift restrictions entirely.

• The Villages of Cedar Ridge in Wilbraham, Massachusetts, sold 12 units when it opened as an over-55 community in 2007. Last year, the town planning board removed the age restriction, allowing the remaining 200 units to be sold to all ages.

• Earlier this year, a Bel Air developer petitioned the planning board to have the age restriction lifted from Legacy at Gateway, which had sold about 50 of a planned 278 units, causing protests from over-55 residents. His request had not been resolved at the time of this writing.

• At the Pine River Village in New Jersey, a developer had sold 20 of a planned 173 homes, USA Today reported. Pine River’s 26 residents and the town planning board voted in favor of making half of all planned homes, to be built in a separate development, available to all ages.

• At the Sun City Grand in Arizona, homeowners voted last year to allow 15 percent of units to be sold to people 45 and older.

The reason for the change is simple, experts say.

“Your biggest market is one with no restrictions at all,” says attorney Stephen Marcus, a partner with Marcus, Emmer, Errico and Brooks in Braintree, Massachusetts. “The market conditions are a real concern. In some places, builders are finding the market has dried up.”

Marcus believes that, while the housing sector’s woes may have played a role in stalled over-55 projects, developers also may have overestimated their market. “The first project might have been successful, whereas the second or third one might run into problems. I think it was an issue of over-saturation.”

A relatively recent phenomenon, particularly in New England, the over-55 community was born in 1960 in Phoenix, when developer Del Webb opened Sun City for retirees looking for an active, community-minded lifestyle. At the time, the idea of retirement to enjoy life (rather than for reasons of ill health) was still relatively new. Over 55-communities spread first throughout popular retirement states, such as Florida, Arizona and Nevada. But in 2001, when the first of the 79 million baby boomers turned 55, the boom in boomer housing spread well beyond the Sun Belt all the way to Maine. By 2005, according to news reports, at least 10,000 units for residents 55 and older had been constructed in Massachusetts, and 14,000 more units were on the way.

Then the housing bubble deflated in 2006 and the recession hit in 2007. Faced with homes and retirement portfolios that had suddenly lost as much as half their value, boomers who may have been interested in retiring and moving to an over-55 community had no choice but to keep working as long as they had a job and stay put in homes they could not sell. Five years later, boomers are hanging on to their houses — with more than eight in 10 boomers and nine in 10 people 65 and older reporting that they want to stay in their current homes for as long as possible, according to a 2010 survey by AARP. Some boomers also have reported avoiding such developments because of all the “boomerang children” who had to move back in with mom and dad because of job losses and foreclosures. In an over-55 community, these parents worry, they wouldn’t be able to offer this lifeline.

Developers also, some experts have written, failed to reckon with baby boomers’ intense desire to recreate every stage of their life, including retirement. Many want to stay in cities and see themselves as too vital and vibrant to “retire” from life. (As a result, “yuppie senior” enclaves have been reported in cities from Atlanta to Seattle.) Daily rounds of golf are not necessarily in these boomers’ plans.

That said, changing age restrictions in a development is more complicated than just taking out an ad reading, “Teens and toddlers now welcome.”

“There are two major obstacles to getting this done. It’s not impossible, but it can be difficult,” says Marcus. “Usually, the 55-and-over restriction was put in place by the zoning board or planning board. So the board has to agree to lift it. And typically, the condominium documents reference the restriction, so you’d need a vote of the owners—either two-thirds or 75 percent—to amend the master deed.”

Marcus points out that current residents, who were promised one kind of community, may not relish the notion of having a third-grader next door practicing the trumpet every day. But, he says, “some unit owners might be understanding of the fact that it doesn’t do them any good” to have the development fail. “You don’t want to be in a stalled-out project.”

On the zoning board front, many towns said yes to the developments precisely because they were 55-and-over, and thus, were not likely to tax the town’s limited resources. “It’s an easier sale to the community. Nobody’s threatened by a bunch of seniors moving in,” says Nick Ruccolo, CPM, CMCA, PCAM, vice president of Crowninshield Management Corp. in Peabody, Massachusetts.

One major budgetary concern for the town would be additional stress on the school district, he explains. As a result, town planning boards may not rush to give their blessing to lift the age restrictions.

In other areas of the country, as over-55 communities age, developments may need to consider how to best serve residents. That is not yet a major concern in this area, property managers say.

Most of New England’s over-55 developments are less than 10 years old, says Lou Gargiulo, CEO of Great North Property Management, which manages over 180 community associations and more than 80 55-and-over communities in Massachusetts, New Hampshire and Maine. As a result, he says, managers have not yet had to grapple with the challenges that can come when over-55 residents become over-75 or over-85. “I would say a vast majority were built between 2000 and 2010. Before 2000—or even 2003, 2004—there were very few,” Gargiulo says. “The kind of aging challenges that might occur, may still occur. But they’re not there at this point in time.”

The issue of adult children wanting to live with their parents to take care of them shouldn’t be a problem, Marcus says. Under federal law, “generally, only one person [per unit] has to be over 55.” However, he says, “in some cases, the towns have been stricter than federal law.”

In those instances, he says, “one could make a compelling argument under the Fair Housing Amendments Act that a reasonable accommodation would need to be made.” This doesn’t mean that families can move in with their toddlers—communities would still be able to say no one under, say, 30.

Ruccolo says that at the properties Crowninshield manages, there are some age-related accommodations being made. These tend to be making sure that the common areas are all wheelchair-accessible and, in at least one instance, installing a special lift for the swimming pool.

Great North Property Management offers special training to associates who specialize in 55 and over, Gargiulo says. The differences in management style can be as simple as needing to rely less on Facebook and e-mail to keep residents updated and to schedule condo meetings during the day. Others have to do with residents’ expectations.

“A lot of them have moved from single-family homes to community living and need to adjust to how things are done differently,” says Gargiulo, who adds that community living is not for everyone. “You want to put a flag out or you want to paint your door green—you can no longer do that. ...There’s an acclimation period. It’s no different moving into a condo, no matter who you are. If you’re 30, though, you don’t have 40 years’ experience living in your own house.”

Then there are practical matters: “If somebody is 80 years old and using a walker, getting the snow off the front step is much more important than it is with a 25-year-old who’s off to the gym,” he says.

Another difference property management experts point out is that residents at 55-and-over communities have high expectations. “They want the property to be pristine 24/7,” says Gargiulo. And because the residents have more time, there is a higher rate of involvement.

“We have finance committees on every one of them,” says Ruccolo. “They are budget-oriented and they want to know everything that’s going on.”

A number of the differences are positive: There are far fewer noise complaints, and the properties tend to be better-kept.

“Typically, overall, they are easier to maintain,” says Ruccolo. “Generally, the people have a lot more respect for the property. You don’t have to worry about somebody going wild.”

On the monetary side, the rate of foreclosure is much lower in over-55 communities, many of whose residents paid cash for their homes or only have a small mortgage. Also, Ruccolo points out, if you’re already retired, you don’t have to worry about losing your job.

With a large percentage of residents on a fixed income, though, special assessments and long-term repairs are particularly tricky to navigate.

“The challenges are mostly in the replacement reserve schedule,” says Ruccolo. “You have people well into their late 60s or 70s. They don’t want a 20-year reserve plan. How do you expect to convince a guy who’s 80 years old to pay into a roof-replacement plan?

Also, with snowfall tallies well over 70 inches in many Massachusetts communities last winter, many properties had to go over budget to keep up with snow removal. “Everybody is going to get hit with some extra charge for snow,” says Ruccolo. “How do you tell somebody with a fixed income that we need another $500 or $1,000?”

Current challenges notwithstanding, Gargiulo believes the future is bright for 55-and-over communities. “It’s huge and it’s only going to get bigger. Even regular condos are tending more to 55 and over, even if they aren’t officially designated. It isn’t only at 55 and over where you’re dealing with 55-and-over people. The only thing holding up the process is the economy.”

Yvonne Zipp is a freelance writer and a frequent contributor to New England Condominium.