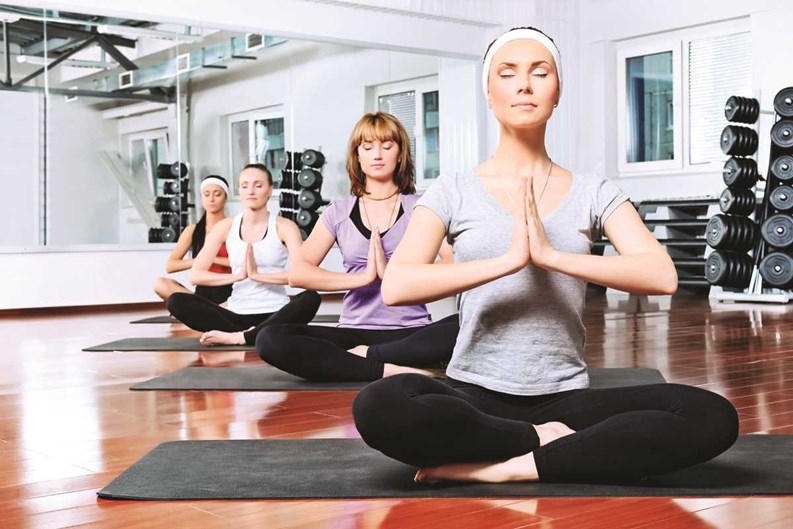 Years ago, when you bought a co-op or condo apartment, you looked for a unit that had the right number of bedrooms and bathrooms, a perfectly-sized kitchen, and some great living space. For the longest time, that ideal combination was all a condo needed to attract a buyer to a particular building or association. As property values increased, and as developers built more and more new multifamily developments however, they needed a way to draw homebuyers away from one building and over to theirs. And so began a battle of the multifamily Joneses. Building A had the state-of-the-art gym, so Building B added a gym and a movie screening room. Building C added all of that and then some, including a private personal trainer on-call at nearly any hour of the day.

How common is this tale of dueling amenities? Common enough that last April, Forbes magazine featured an article on condo amenities one-upmanship and how it’s fueling sales in high-end high-rises across many urban markets. Author Beth Weinberg explained that the newest lure for high-rise residents in New York City is a built-in supermarket. She reported that six specialty food stores had opened in the city within the year in mixed-use residential/commercial spaces. And the trend is hardly exclusive to Gotham; in just one example, a 100-unit condominium and loft development in Vancouver shares space with a Choices Market.

Closer to home, the battle for the supreme ruler of amenities rages on. One such development, The Millennium Place condominium in Boston, has offered its luxury residents access to their own exclusive club, which includes a wine tasting room and a social area for residents to use.

“Developers desire to provide as much service as possible to differentiate them from the next,” says Joshua Golden, founder and principal of Luxury Boston. “The more amenities you can give to people for the money they pay for condo fees, the better. Millennium Place residents enjoy such amenities as a lounge with coffee in the morning and a bar at night that nobody else can access,” he says. “They also have their own private concierge who can book reservations for them, get tickets and more.”

Golden says that a gym is a must in today’s buildings, but new buildings are definitely bringing in new perks. “There are buildings with movie theaters and stadium seating, and other buildings that have social nights and catering.”

George McHugh, president of the property management division at Chestnut Hill Realty in Boston, says that what amenities are offered has changed because, simply put, the world has changed. “It’s a different environment with changing demographics,” he says. “Yes, pools and fitness centers and laundry rooms are always in demand, but now there’s a demand for a higher quality fitness room, including room for yoga and pilates. There’s a big demand for multifunction rooms where there can be community events held by the Chambers [of Commerce] or local organizations. For the younger people, they want a comfortable area where they can enjoy using their laptops or play their videos.”

McHugh also says that the green movement has made a major impact on what amenities builders are offering. “One of the fastest-growing demands is bike storage,” he says. “Consumers are recognizing that they need to stay healthy and commute, so having a place to store the bikes is becoming very important. It’s not something you want to bring up stairs or bang on the walls.”

Developers are also offering on-site docking stations to charge electric cars. These docking stations can earn tax credits or qualify a building for LEED points. In addition, it’s an attractive amenity for the younger, more environmentally-conscious homebuyer. It labels the building as green.

Buyers or shareholders frequently choose communities not only because they like their units or the neighborhood, but because co-ops and condos offer opportunities for socialization and community that other neighborhoods with single-family homes might not have. Developers and management firms are using this desire to draw customers to their buildings, and either building or retrofitting spaces into buildings to cater to it. . They bring in performers to sing and well-known speakers to speak. In New York City, Robert and Maura Geils, who run The Geils Group, are associate brokers at Corcoran Realty and live in the West Village. The couple hosted social parties on the rooftop of their 121-unit co-op. “The amenities it once came with were meant to attract residents to the area and have them socialize,” says Robert. “The co-op even had its own radio station at one point.”

One of the reasons the Geils chose to live in their building was that the building offers two common outdoor spaces: including a landscaped roof garden with 360-degree views of Manhattan and a variety of fruits, berries, and herbs available; and a 6,000 square-foot courtyard with tomatoes, fig trees, and an area equipped for barbeques.

“Some buildings are bringing in big names to speak to the residents,” says Golden. “You can live in a building and use the gym and the lounge and not interact with anyone in the environment. These amenities get the owners to mingle with each other.”

Amenities are great, but who pays for their maintenance and upkeep? Golden says that associations that are adding amenities to already existing buildings usually use reserve money to fund the project. “The building management also typically runs the amenities, such as The Club,” he says.

But adding new amenities means adding the potential for risks. “The real question is, who is responsible for the activity?” says Bernie Gitlin at Risk Strategies Company in Randolph, Massachusetts. “The spa is easy. Putting in a whirlpool amenity is no different than putting in a regular pool. People can get hurt in them. You need to think of negligence when you think of the potential. What if a guy doesn’t check the chlorine and another person gets sick? Can that risk be dealt with when it comes to insurance? Sure. The question becomes, what is the risk versus reward? What are they risking and how much does it cost to pass off the risk?”

Today, Gitlin says insurance isn’t about selling insurance, it’s about managing risk. “There’s a couple of ways to do it, and the best way is to try and eliminate [risk] or lessen it with controls or you can pass it off to an insurance agency,” he says.

Gitlin says that what developers and managers need to do when adding an amenity is to consult with insurance agents during the planning process. “Get some projected quotes if these things are money-making operations, like the spa might be,” he says. “The association is responsible for the common element, so if the pathways of the unit is common element, if you don’t take care of them well and make sure they’re safe, people can get hurt; they can sue, and it can become negligence of the operation of the association.”

Eliminating or reducing risks is even more important in associations that rent boats or are near the beach. “There are risks and rewards involved,” Gitlin continues. “For example, you can have a workout studio where someone teaches. Now nobody gets hurt, but you might require that the instructor purchase insurance. Why? What if she tells you to how to do an exercise and it’s done improperly? One primary requirement is responsibility.”

Regardless of the risks involved, McHugh says that you can’t avoid risk, no matter what the amenity. “You can never avoid risk; it’s all around us,” he says. “When you’re in the management business you can’t avoid it – from diving boards to having pets on the property. There are agreements that you can put together to limit the risks when you are talking about the use of the clubhouse or other amenities to prevent the bulk of the liability, but we all suffer from lawsuits.”

The bottom line is that, in most cases, amenities improve the bottom line. Who knows what the next big thing will be? But it’s almost guaranteed that a developer or manager will think of something to create a building that everyone wants to live in.