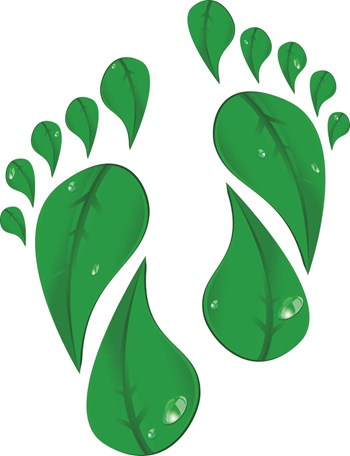 These days, it seems like everybody is looking to 'go green.' The term is shorthand for a movement of environmental awareness that involves everything from the way architects design new buildings and homes to the ways HOAs recycle their waste. In other words, green means to help the environment by reducing the amount of energy you use.

That’s why savvy boards of trustees and property managers are not only implementing the little things—such as turning down thermostats, shutting off air conditioners, and turning out lights in common areas when not in use—but investing in more substantial technology and greener equipment that uses less energy.

Let’s take a look at how New England’s condos and HOAs are going green.

Bill Footer, senior program manager for Massachusetts-based Conservation Services Group, which handles National Grid’s multifamily program, says the interest in condos becoming green has increased greatly over the last few years. “It seems a lot of communities these days have a green committee that will look for ways to decrease expenses,” he says. “They're concerned about energy use and want to do whatever they can.” And, that, says Footer, is where his organization comes in. “We can help them reduce common area energy usage as well as in-unit energy usage.”

New England properties and the people living in those communities can direct their electric utility company to buy greener energy on their behalf. Viridian in Connecticut, Maine Green Power, the New Hampshire Electric Cooperative and Shrewsbury Electric in Massachusetts all offer this service.

“From lighting, to heating, to common sense, there are many technologies and techniques available to save significantly on energy usage,” says David J. Levy, PCAM, owner of Sterling Services, Inc., Holliston, Massachusetts, who also is a sales associate for Viridian Energy, one of the leading green energy suppliers in the country. “So far, for green energy creation in condo common areas, it is very hard to leverage the tax credits from green energy. But if you manage single-family homes in an HOA, then solar can make a ton of sense for a roof facing partially south.”

Tricks of the Trade

Levy once helped Lakeshore of Worcester win Property of the Year, New England, in part due to saving $70,000 a year in utility costs.

One trick he has learned through the years that can help a property save money is the old-fashioned technique of changing the temperature very, very slowly, such that it is nearly impossible to notice. “We moved the temperature in the common hallways of an upscale property a total of 4 degrees over time, and that saved more energy than most would expect,” he says. “In round numbers, for every two-degree change in temperature, such as a summer temperature move from 70 degrees in the common hallways to 72 degrees, the demand on your A/C equipment is reduced by 10 percent. The same with heating, in reverse.”

In garden-style buildings with electric heaters in the hallways, some properties have turned half their heating units off, some have turned them down to only 50 degrees for lesser-used “auxiliary” heating situations, and some have gone as far as removing them entirely. “We have a 156-unit complex in Franklin that is saving on average $35,000 a year by only using the hallway heaters on the very, very cold weather spells,” Levy says. “That makes quite the difference.”

At another of Levy’s accounts, a 221-unit condo with no natural gas, he’s arranged to have the gas company allow it to get their hot water from oil.

“We already have functional boilers. So this is only a burner conversion. The project will cost around $100,000, yet save $75,000 a year. A 75 percent return on investment, annually,” he says. “For the same amount of energy, measured in BTUs, natural gas has 30 percent less carbon pollution than oil, so a conversion from oil to gas will also reduce the property’s carbon footprint by 30 percent.”

A Program to Know

Following the passage of the 2008 Green Communities Act, which mandated the acquisition of all cost-effective energy efficiency measures, Massachusetts’ gas and electric utilities and energy efficiency service providers, known as Program Administrators, came together to create MassSave.

“We connect the sites with energy specialists and programs and help them discover energy-efficient, cost-effective products and services,” Russell says. “In 2013, we received calls from 481 condo associations and 2,500 calls from individual condo unit owners who were interested in the program.”

“A lot of times people will call and are surprised that their condo board or management hasn’t already enrolled, and we find that a lot of times it’s because they didn’t even know this program exists,” she says. “There is no cost obligation, and people are excited to learn they can help lessen the carbon footprint.”

Recent innovations in boiler controls for multifamily units have shown promise to reduce boiler cycling and thus save energy because they modify how the boiler works. These controls, according to the experts, have fairly quick paybacks.

To tackle the increasing power needs of large condo associations and to provide energy during power outages, some large developments have started “co-generation” and/or “demand response” programs.

Co-generation programs enable a building or group of buildings to generate some of their own power and then use it themselves to save money. It also allows them to stabilize their power supply during times of heavy usage, such as during very hot weather or very cold weather. Demand response is a similarly economical concept, which basically increases or decreases utility output based on demand. The most difficult part of implementing a demand response system or co-generation program might be figuring out what type of program works for your specific condo.

According to a spokesperson at the U.S. Department of Energy, demand control ventilation (DCV) is another option for large condos that could take off in the next few years as a viable option. Let’s say you have your air conditioning on all the time; you must ventilate the space with a certain amount of fresh air. A DCV system monitors the carbon dioxide level in a space and lets you slow down the flow of fresh air within safe levels. Chillers with variable speed drives are also available or existing chillers can be retrofitted with variable speed drives. You can reduce the speed ranges for fans and pumps by 25 to 30 percent when an area is not in use. When you have an area in use, you can run the system at its full speed.

For condos that have elevators, energy savings can be found in variable speed motors, which match demand to the speed of the motor. In elevators, DC (direct current) motors can be used, which require the energy to be used all the time but AC (alternate current) motors only pull energy when actually doing work.

“If you have an elevator that actually goes up and down less than 50 percent of the time, then an AC motor may be significantly more efficient,” Levy says. “In a property we manage in Worcester, the savings were 40 percent less energy. There are also regenerative, energy recapture technologies available for elevators, saving another 19 percent.”

All experts interviewed agreed that one of the easiest and cheapest things boards can do to go green is to replace lighting with LED [light-emitting diode] lighting.

The newest generation of solid-state lighting lasts up to 25 times longer than a standard incandescent bulb and saves up to 80 percent more energy in comparison. Replacing common area lighting with LED bulbs can prove to be cost effective over the long run by reducing both operating and maintenance costs. “With a fluorescent bulb— including compact fluorescent lights (CFLs)—only 15 percent [of the energy used by the bulb] goes to heat, while 85 percent goes to light,” Levy says. “LED, halogen, metal halite and high pressure sodium technologies offer energy savings over standard incandescent light bulbs.”

According to Footer, the latest technology National Grid has utilized is LED lighting in condos, but they are also seeing an increase in helping condos switch to energy-efficient refrigerators. “If they qualify, we offer people rebates to buy an Energy Star refrigerator ($150 rebate), which offsets the cost of going from standard to Energy Star,” he says. “We also offer help with showerheads and offer incentives for programmable thermostats.”

Most boards would choose to become greener if there was no cost involved, but sometimes the money it takes to change over is too much to bear.

Levy has one condo trying to install a $300,000 solar electricity system because of the tax credits involved and he says that two banks have been interested in supplying the financing necessary. He believes that it would pay for itself in 5 to 7 years and then the system would be saving money for approximately another 20 years.

The MassSave program offers a number of rebates and financial help depending on the project and utility involved. Full details can be found at www.masssave.com.

It is common knowledge that every little bit of savings each day can accumulate into significant savings over the course of a year. Like humans, buildings and systems are aging so deferring maintenance and renovations, especially with all the plethora of incentives available could prove costly.

In short, green is this year’s color and will be the color of choice for the foreseeable future. As more money, time and research are invested in green technologies the New England region will soon be even greener than it already is.