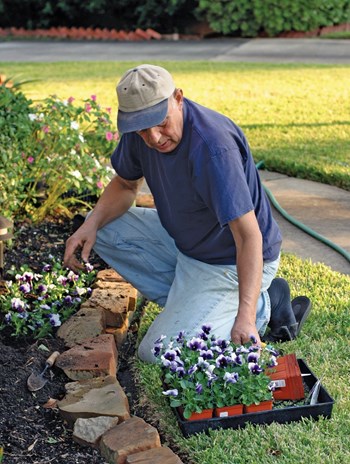 For community associations facing a world of economic uncertainty, the old notion of “strength in numbers” has never felt more relevant. Because when it comes to tough problems, the associations that are able to work together and sacrifice together are the ones that usually end up stronger in the end.

There are ways, however, to encourage communities to stick together when the chips are down. With some planning and some commitment, residents, board members and managers can build a cohesive team that can cope with and resolve problems, making a better life not only for themselves but for the community as a whole.

These days, more condo associations than ever are facing economic hardships, from foreclosures to late fees to gutted budgets. When services start getting cut or the pool becomes too expensive to maintain, residents may start looking for someone to blame. For board members and managers who know trouble is coming, it’s always best to start communicating – early and often.

“We believe in very open lines of communication,” says Nicole Engel-mann, corporate lifestyle director for Capital Consultants Management Corporation in Scottsdale, Arizona. “If people are in trouble or struggling, we encourage them to contact us and talk to us right away,” says Engelmann, who develops community programs and social networks to add value to her properties.

One way to keep those lines of communication open, Engelmann has discovered, is to build relationships between management and residents. In one of their communities, for example, the manager will cook dinnerfor residents and invite them in to get to know one another and to get to know him. “Taking the time to get to know residents on a more personal level makes it much easier to have a conversation when problems do come up,” Engelmann says. “People don’t avoid talking to the manager because now they know him.”

Capital Consultants' residences also have an on-site lifestyle director whose job is to connect residents whether through community service, newsletters, outreach programs or social gatherings. “We started noticing that if we had picnics for residents, the ongoing daily business of the association became easier,” Engelmann says. “People became friendlier; neighbors looked out for each other. When neighbors started getting to know each other, they started taking care of each other.”

For communities that are in good shape, those connections among neighbors go a long way toward improving quality of life for residents. “We have people who can afford to move up and out to new homes (but) actually decided to stay longer because they love their community,” Engelmann says.

And for associations that are suddenly struck by misfortune, those connectionsalso will pay off. “It’s much easier to focus and mobilize a group that’s networked,” Engelmann says.

Starting at the Top

For most communities, it takes at least a few leaders to bring the meta-phorical troops together. Whether it’s a manager or board members or simply someone with a lot of clout among the neighbors, it takes one or two people to step forward and let people know that problems are better solved if everyone contributes to their solutions.

Jo-Ann Greenstein, PCAM, who wrote a chapter of “Building Community: Proven Strategies for Turning Homeowners into Neighbors,” knows exactly what it’s like to help residents work through troubled times. As vice president of RealManage in Anthem, Arizona, Greenstein has been working with a condo community that was flattened by more than $40,000 in debt and was teetering on the brink of bankruptcy. On top of those difficulties, they were also plagued by water problems including a flood that decimated the clubhouse. As a result, the community was forced to cut such services as landscaping and had to close the pool down, among other things.

At first, residents were angry about the troubles within the community, having been unaware that a debt problem even existed. Greenstein held two general meetings, which were heavily attended “because people were hostile,” she says. In the first meeting, she let everyone vent. In the second meeting, she told them what had to be done to fix the problems. And she asked them to come out of their condos and help.

Greenstein worked with the board to get people involved and was able to find volunteers to run lawnmowers, to pull weeds, to change light bulbs and lend a hand wherever possible. “I was out there on my hands and knees pulling weeds,” she says. “But you have to lead by example. When people see somebody out there doing stuff, they’ll usually come out and help.”

It’s imperative as well, Greenstein says, to get board members involved, even if a community’s difficulties have bred dissent between leaders and residents. “You have to get board members to put their feelings aside,” she says. “Sometimes they have axes to grind,” but they have to ignore that and instead, work to bring the team together.

“When people see the association doing something for people, that’s what makes the connection,” Greenstein says. “The more you extend your handto them, the more they’ll want to become part of the community.”

By working together, Greenstein’s troubled community was able to pay off its debts and just recently, reopenedits pool. It was the direct result of people working together, coming out of their houses on a Saturday, meeting up for lemonade and putting on their work gloves. As Greenstein says, laughing, “With juice and cookies, anything’s possible.”

When communities are faced with disaster, whether in the form of fiscal failures or even natural disasters, the men and women living within that community are going to have to face some tough choices. What do we fix first? What resources do we take from to fill the gaps here or there? Who’s going to do what?

Especially when it comes to financial issues, communities need to trust their leaders and know that the right decisions are being made. Without that trust, associations can splinter and fail.

“We’ve really been specializing in working with boards and associations on these financial issues,” says Walt Williamsen, PCAM, principal of Reserve Strategies LLC, out of Torrington, Connecticut. “I’ve been seeing leaders come to the fore and thepeople seem to get it. When people are presented with facts, they seem to get it. People really need leaders now. And if people feel their leaders are credible and not out to do oddball things like build a running track around the place, they’ll trust them.”

It takes that kind of trust to help residents make the sacrifices often needed to put things right after they’ve gone wrong. “Good leaders will recognize what’s got to be done and they’ll bite the bullet,” Williamsensays. “They’ll go and get an analysis of the problems done in order to see where the community will be in five to ten years. They’ll present the information to residents.” And they will remind board members that they are “the stewards of assets sometimes worth millions of dollars,” he adds.

Armed with the facts, residents are often more willing to accept choices that may impact quality of life for the entire community. Tennis courts may be removed because the costs of replacing surfaces may be too high or pools abandoned because it simply costs too much to maintain them. This may be an inconvenience for many residents and perhaps in the short term, reduce that quality of life for some. But sacrifices such as those also may save the entire community from a special assessment or allow the board to save enough money to repair leaky roofs or cover snow removal expenses.

For condo communities and associations to not only survive these tough times but ultimately thrive when they’re over, people have to stick together. When there are a hundred hands holding on to the umbrella, weathering the storm becomes a whole lot easier.

Liz Lent is a freelance writer and a frequent contributor to New England Condominium magazine.