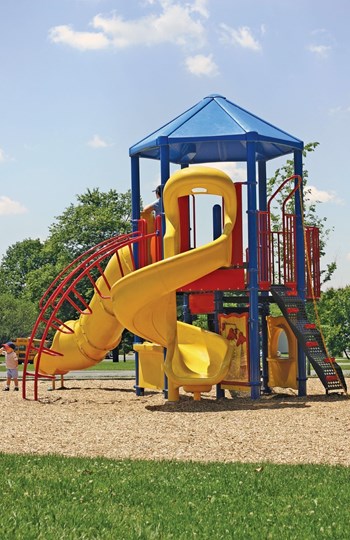 It’s a simple equation: Warm days plus more hours of sunshine equals an influx of residents to the community’s outdoor amenities. Suddenly, swarms of children appear at the playground, out-of-practice tennis players are getting in the swing on the tennis courts, and owners are asking when the pool’s going to open.

Sure, it seems like only yesterday that the playground equipment created spooky shapes under mounds of snow, and the tennis courts were covered in water from record rainfalls.

But it’s May, and summer is nearly here. If your association board or management team hasn’t yet gotten around to preparing for the season, time is quickly slipping away.

Most management professionals have a checklist of tasks to complete before summer arrives – topped by items like lining up an outside pool management service to take care of the pool and making sure the tennis court nets are in good shape.

By early May, communities should also be on track to get the pool ready for swimming season – starting with the hiring of a lifeguard and a thorough inspection of the facilities. “You need to start as early as you can,” says Trevor Sherwood, owner of Pool Operation Management in Brick, New Jersey, who leads courses throughout the Northeastfor Certified Pool Operators (CPOs).

The pre-season inspection and preparation will include looking for tiles loosened by winter freeze/thaw cycles, and acid washing the pool walls. A brief “pool opening procedure” document that can be found online at www.pooloperationmanagement.com offers a starting point for communitiesto develop their own season-opening system. “And before the pool opens, I always make sure I have everything I need,” Sherwood adds, right down to the smallest of items. “You may think you have everything from last season, but stuff breaks or gets used or even stolen. You don’t want to find out when you need Band-Aids that the [first aid] box is empty.”

Even if a community has a long-standing opening plan, keep in mind that every year brings with it new issues to consider, from new laws or regulations to new technology.

Get Pools Into Compliance

On the pool front, the issue that remains unresolved at many communities is compliance with the Virginia Graeme Baker Act, a law designed to protect pool users from being harmed – or even killed – by the suction action of swimming pool and spa drains. Although the law, named for a child who died in a tragic pool accident, went into effect in December 2008, surveys conducted in several counties across the nation last summer for an NBC news special showed that anywhere from 50 to 90 percent of pool owners had not yet complied with the act. Sherwood says that an informal recent survey of students in his Certified Pool Operator course similarly showed that 25 to 50 percent of pools haven’t been brought into compliance. How-ever, a spokesman for the United States Consumer Product Safety Commission(CPSC) notes that “the number of compliant pools is rising daily.”

In a nutshell, the law requires the installation of anti-entrapment drain covers, along with additional “layers” of protective action such as a safety vacuum relief system (SVRS) that will shut the drain suction off when it detects a level of pressure indicating thatsomeone, or something, is blocking the drain, and things as obvious as a fence around the pool. For many pools, compliance will run about $1,500, including the installation fees. “It’s a reasonable cost,” says Ben Schneider, of the Pool Safety Council, based in Washington D.C. “I think there’s been some difficulty in getting the word out,” he says of the slow response by pool owners to meeting the law’s requirements.

The council, which serves as an advocacy group for the law’s implementation, includes parents of entrapment victims. “Our goal is to get the word out there” about the law. “The bulk of the entrapment cases are kids; they’re especially vulnerable because they’re smaller, they’re not as strong, and they’recurious. Most people don’t realize how dangerous that drain can be.”

In addition to running the risk of someone being injured or killed in an entrapment accident, he notes, “If you’re not compliant, you’re breaking a federal law.”

A March 2010 ruling by the CPSC, which is charged with enforcing the law, has led some pool owners and installers to believe that certain kinds of drain covers meet the law without requiring the additional layers of protection – but Schneider says his organization feels the intent of the lawis clear, and that additional measures are still required.

While it’s likely that pools installed within the past few years already meet the requirements of the law, “if a pool is five years old or older, it probably needs new drain covers” in order to comply. “It’s important to check – even to double-check – and not assume you’re all set. You want to be sure yourpool is not going to be the one where someone gets hurt.” According to the CPSC, owners of non-compliant pools can be fined $100,000 for each violation (up to $15 million for a related series of violations), and imprisoned for up to five years.

Keeping children from getting hurt is also the focus of associations that include playgrounds among their outdoor amenities.

Before crowds of kids start clambering around on the playground equipment, community adults should conduct a top-to-bottom check of the play area to make sure it’s safe, says Meghan O’Brien, president of O’Brien & Sons of Medfield, Massachusetts, a company that designs and installs outdoor equipment. Among the things to look for, she notes, are things that may have broken, or been vandalized, since the last season; that any equipment installed before 1978 doesn’t have lead-based paint; and that the surface under the equipment is sufficiently deep and of good quality.

The preferred, and most cost-effective, product for cushioning falls today, she says, is engineered wood fiber surfacing – basically, milled wood chips – which meets safety impact standards. Even if new material was placed under playground equipment last summer, she notes, it’s important to check it in the spring. “You do haveto top it off” and make sure that it’s evenly spread, she says.

Associations that are thinking of updating their play areas may want to remove old wooden equipment and replace it with some of the more popular new items made of materials that won’t splinter or rot. Treehouse structures, space nets – climbing structures made of rope – and components that offer a rock-climbing experience are popular today, she says. “A lot of pieces today work by centrifugal force,” she adds.

The spring walk-through is a must, she notes, but it’s something that should be repeated every few weeks during the season. “Give it a committed amount of time at least twice a year, and then give it a quick review every couple of weeks,” she says. “It’s better to be proactive than reactive” when it comes to potential accidents, she notes.

As with so many facets of today’s environment, “green” ideas are surfacingin the outdoor amenity arena.

Not surprisingly in today’s economy, condo associations are taking a hard look at the cost of operating that popular – but expensive – swimming pool. Fortunately, interest in conservation and advances in technology are combining to lighten that operating burden. “There’s been an under-appreciation of the cost of electricity just to operate the pool,” notes Jeff Farlow, program manager of energy initiatives for Pentair Water Pool and Spa in North Carolina. “It can cost twice as much for energy to operate the pump for one year as the cost of purchasing it.”

One fact leading to that situation is that traditional pumps are sized to handle the heaviest load, or flow rate, that they’ll face. “They’re doing more work than necessary,” Farlow says, “It’s as though people feel that more is always better, but that’s a misconception of the physics behind hydraulics.”

A better idea, he says, is to replace that old, single-speed pump with a new variable-speed pump that will work only as hard as is needed to maintain the desired flow rate – which is generally established by the municipal health department. For example, if the water in a 22,000 gallon pool must be turned over in two hours, the pump has to move 187 gallons per minute. But if a single-speed pump is moving the water at 475 gallons a minute, the water is being turned over every 45 minutes, wasting a lot of the energy that’s powering the pump. “If you slowit down, you could see a savings of thousands of dollars a year; the payback can occur within a single season, or certainly within a couple of years,” Farlow says. The new, variable-speed pumps also have a longer lifespan, so a single replacement now could avoid two or three replacements down the road. A calculator demonstrating potential savings of the new pumps is available at the company website, www.pentairpool.com.

Tom Laggan, also of Pentair, notes that another potential pool-related savings comes with updating underwater lights. “All commercial pools arerequired to be illuminated,” he says. New 70 watt LED lights can provide the same amount of light as old 400 watt lamps, and save 80 percent on electric use. “And the bulb life (of LEDs) is almost unlimited,” he adds, reducing the labor cost of constantly replacing bulbs.

An additional area of potential savings, Laggan adds, involves a move from chlorine compounds to a salt chlorinator for sanitizing the pool. The new automated systems, Laggan notes, “eliminate the human interface” in controlling the chlorine levels – along with the need to store buckets of chlorine. Bags of pelletized salt are cheaper and easier to store.

And finally, pool owners looking to save money on that popular amenity may consider changing their backwash cleaning systems to a sand filtration system. Traditional backwashing, Farlow notes, expels about 500 gallonsof heated, chemically treated water in order to clear out the debris.

“With rising costs of electricity,” Farlow says, “people are looking for ways to save” on pool costs. In addition to the potential long-range savings, upgrades to older system are enhanced, he adds, by available utility rebates and conservation incentives. “There really are ways to cut down on expenses,” he says.