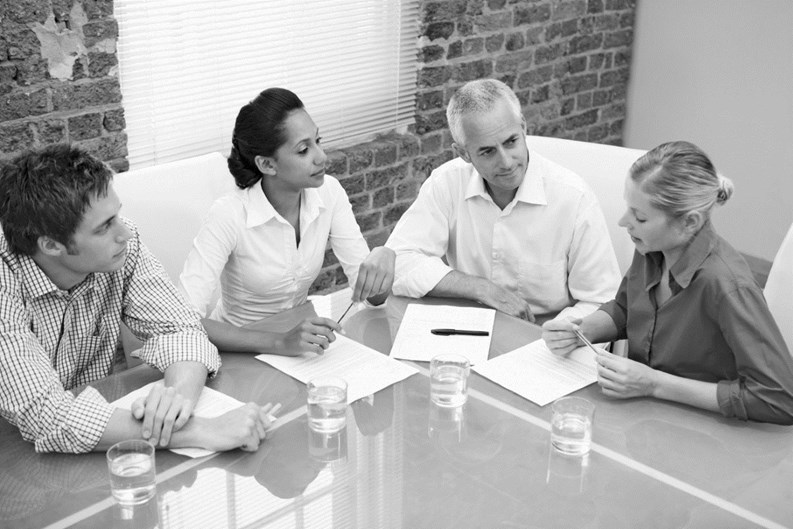 Being on a committee is no easy task. In fact, it can be downright frustrating. A three-month commitment can stretch into six months; meetings can go on forever; committee members may drift off topic; and precious, limited time can be hijacked by strong personalities.

Conversely, committee work can also be one of the most rewarding and enhancing “extracurricular” activities one can participate in. It can be a true community-building endeavor, drawing owners into the fold and pairing up individuals with common interests that might not have otherwise met.

From a board’s perspective, when committees work well they tend to work very well, serving as a vital and important tool in aiding the board. After all, a committee’s intended mission is to support and add the proverbial fuel to the board’s engine. However, when committees don’t work well they can cause long-lasting negative effects for both the board and the community at large.

“Committees are fantastic structures; they serve to include the broader community,” states Jasmine Martirossian, author of the best-selling book “Deci-sion-Making in Communities: Why Groups of Smart People Sometimes Make Bad Decisions.” “Unfortunately, there exist a lot of anemic committees: committees that are lost, limping along and just existing, serving no purpose and having no clear goal,” says Martirossian. There are many ways to describe ineffective “anemic” committees, but at the core, three main descriptionsseem to best portray them.

No Commitment to a Goal

Erin Barnhart, director of volunteers at Idealist (an international non-profit organization that connects individuals with nonprofit jobs, volunteer opportunities, and organizations around the world) believes that when committee members lack a commitment to the common goal, “disillusionment with the process arises and the goal will fall apart.” Barnhart attributes this lack of commitment to potentially poorly-selected committee members. “When individuals are put on committees as a favor to a friend or for political reasons, they don’t necessarily have a vested interest in the cause or purpose of the committee.” Martirossian suggests that when recruiting committee members orgetting replacements, it is important to “clearly communicate the purpose of the committee, how the process will benefit them and what they will get out of the experience.” This will help to ensure a better-invested group of committee members.

As the saying goes, “You can’t get what you want till you know what you want.” Committees that have poor mission statements or unclear goals are setting themselves up for failure, not to mention frustrating the individuals serving on them. “Unless the committeewas put in place to serve a political purpose, committees with no clear mission should be disbanded,” states Julie Adamen, president of Adamen Inc., a property management consulting firm. “Committees need appropriate mission statements, structure, instructions and guidelines. They really cannot function properly without these things in place.”

The chair sets the tone and drives the committee forward, and in the process wears many hats including task master(setting agendas, calling meetings), presenter (preparing and presenting committee reports) and mediator (facilitating conflict resolution). In an ineffective committee one or all these responsibilities may be lacking in leadership.

However, perhaps the most important quality lacking in a strong committee leader is what Barnhart describes as the “step-up and step-back” practice. She believes a committee leader needs to know when to step in and resolve and when to step back and listen. “A good facilitator or leader knows they cannot commandeer the meeting and cannot allow others to do so,” explains Barnhart. “The lead senses where the group is at odds and keeps people in check and on track.” Martirossian believes of equal importance is a leader that unites and motivates a group. “Strong leaders always produce better results – but inclusive leadership works even better,” Martirossian states. “An individual that can motivate and movepeople to perform to the best of their ability is extremely powerful.”

There is a balancing act between committees being value-added entities or added burdens to an association. Effective committees tend to encompass similar characteristics and qualitiesthat go a long way in adding significantly to the community mission.

No two committees are created equal and there is a lot of leeway, depending on the community dynamics, but successful committees typically have an assigned chair, with no more than five members. “More than [five members] and you can run the risk of paralysis by analysis,” states Walter J. Williamsen, PCAM, owner of Condominium Consulting Services in Torrington, Connecticut. Williamsen also stresses the importance of a well run, business-like meeting. “The best committees are those that are more formally run, filled with individuals that have had professional backgrounds and are used to how meetings are run and how actionable issues are tackled.” At the conclusion of each committee meeting, action items should be assigned with timelines and deadlines and a report summarizing next steps and progress to date submitted monthly to the board. Adamen believes “a written report should be expected from committees every board meeting. That way there is ownership of the process and mission.”

The burden of responsibility for recruiting committee members falls to the board and management. They typically understand the fertile groundcommittees play for recruitment of future board members and tend to always be on the lookout for potential candidates.

However, effective committees are not solely composed of future board candidates. Successful committees should be made up of individuals with an expertise in a given area, commitment to the cause or individuals fulfilling their community responsibilities. “A lot of times the expectation of the condo community does not incorporate volunteerism and committee participation. This needs to be communicated and addressed to set expectations and allow for increased commitment and easier recruitment,” says Martirossian.

Effective committees have a strong commitment to the goal at hand and utilize and excel in communication skillsand organization. Good committees also see the bigger picture and move toward that goal with an analytical eye. “Typically, committees are set up to find something out,” points out Martirossian. “The ability to conduct research and analysis, to be an investigator, is critical for committees to work well.”

An introverted analysis also contributes to the creation of an effective committee. “Committees need to constantly reassess their work and goals and everyone needs to share in the ownership of the process in a positive way,” says Barnhart.

It is hard enough to achieve consensus, assign tasks and provide productive movement forward in our own lives, let alone in a divergent group of friends and neighbors that make up association committees. Successful committees, however, do achieve these goals by way of clearly spelled out rules and regulations. Adamen stresses the importance of reviewing at the onset clearly written out and defined guidelines for committees (see sidebar) to abide by. Barnhart agrees, saying, “If there is a code of conduct, that alleviates a majority of problems because it is written and it has been agreed upon.” Both Barnhart and Adamen suggest total transparency with deadlines, procedures and the mission spelled out in writing. Barnhartalso suggests creating a rule to “agree and move on.” She explains, “if the majority of members are in favor of an issue, you need to agree to that item and move on. It is about respect for the individual but also the group.”

Be it the summer social committee or the budgetary task force, there will be conflicts in committees. One issue that will cause more conflict and push more individuals’ buttons than any other is lack of equality. “Equality, equal share, equal work and equal voice,” says Barnhart. “This is cyclical, but everyone needs to feel they are being dealt with equally.” When individuals perceive their input as unappreciatedor that they are shouldering an unfair balance of work they become disenfranchised with the process and the mission, he elaborates. Open and clear communication, smaller committee size and clearly defined rules and guidelines will go a long way in helping everyone feel they are playing an important and equal part.

When conflicts do arise, Martirossian suggests “not practicing the ‘ostrich principle’ and burying your head in thesand. Resolve issues before conflicts arise and work with people.”

If committee group dynamics are causing problems, Barnhart recommends an open discussion on the issues and problems to get it all out on the table. “Direct the conversation to how we can work better with each other,” Barnhart advises. “If the issue is about an individual, the leader needs to talk [with the individual] one on one.” In both instances, an outside facilitator canbe brought in to address the problem.

Despite whatever problems and conflicts might arise, most condominium associations utilize committees to their fullest. Committees such as building and grounds, finance and social are well-established fixtures in most communities. In addition, committees are set up on an as-needed basis when issues arise or when the time commitment would interfere with general board business. “Other than the long-standing committees, generally committees focus on specific issues and serve to assist the board,” Williamsen explains. “These committees tend to focus on the bigger picture andmove toward the deeper dig, getting to specific answers.”

Any committee topic is fair game as long as its creation does not tread on the specific domain of the board, such as issues dealing with governing rules and regulations or behavioral, which are better left to the board. There are also no “set in stone” guidelines as to how many committees are too many or not enough. A community’s character and business style will dictate what works. “The personality of the community defines the number of committees and what will be best for the community at large.” says Adamen. “It differs by community. One way may work for one community, another wayshould work for another.”

Committees can either be an answer to a prayer or an association’s worst nightmare. The odds can go either way, considering that association committees are made up of individuals working long hours with no pay – butalso working toward a common goal for the betterment of their home and community.

Fostering a positive committee environment does not entail a pain-staking undertaking. A committee that has clearly stated mission/goals and enlists a small set of committed and equally empowered individuals should prove an effective and powerfultool for any board.

Hillary Pember is a freelance writer and a frequent contributor to New England Condominium Magazine.